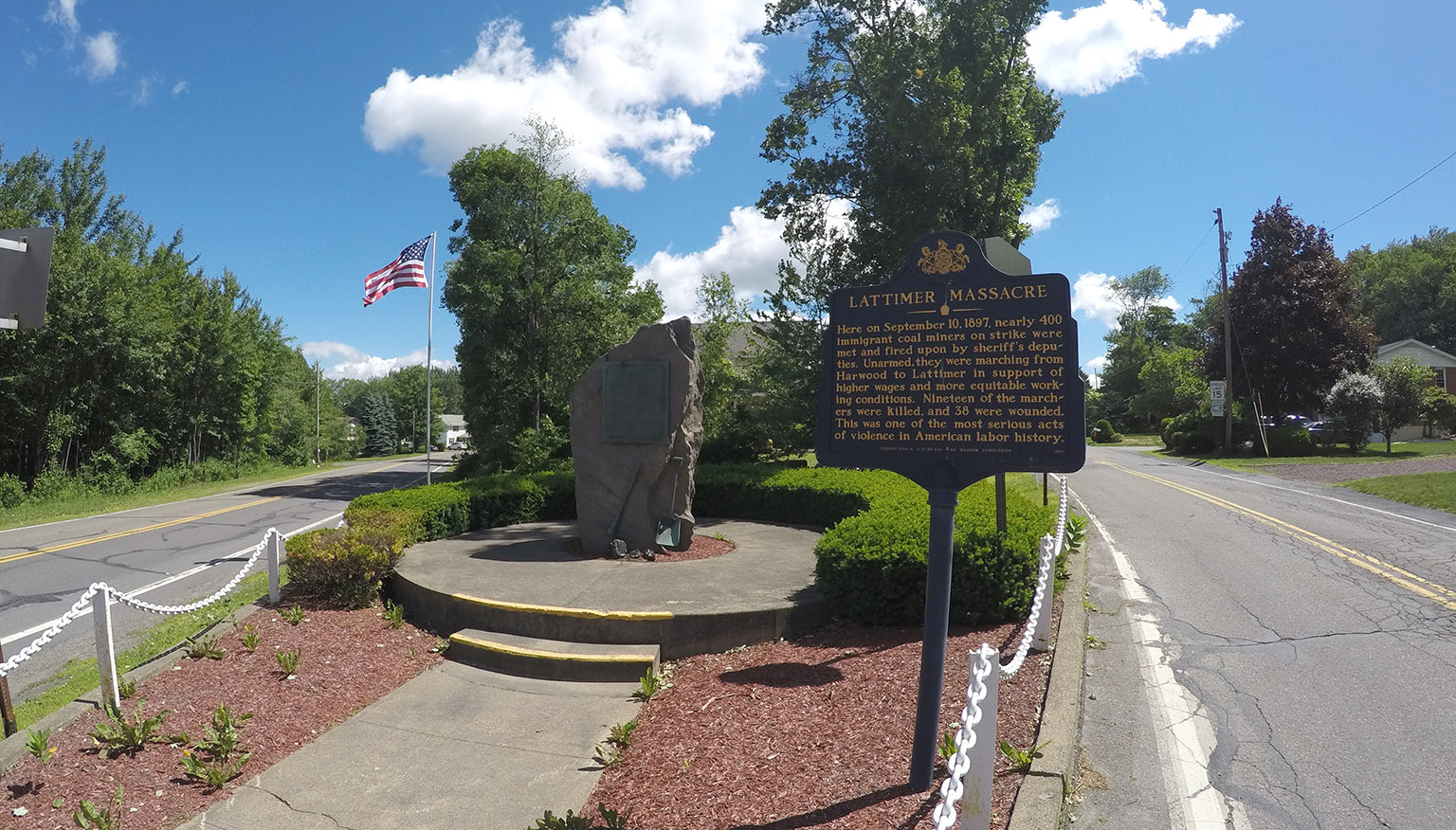 Delaware and Seneca Indians would come through the region on foot on their way to trading with other tribal settlements in the Chesapeake Bay and New York.

The most common route, “Warriors Path,” was also used by white settlers who began navigating the same area in the 1700s. This path ran along the same general location of where Broad Street (state Route 93) is today.

Moravian missionaries seeking to convert native tribes to Christianity were among the first Europeans to travel through the region. The Hazleton area was then a shallow valley with an abundance of hazel bush. Some think Moravian missionary Hackwelder Mack was the first to call the area “Hazle Swamp,” a term borrowed from the Native Americans.

As the 1800s began and the Native Americans were pushed west, many changes were in store for the Hazleton area.

In 1804, logging became the first industry developed here when a private company came through the area to widen and flatten Warriors Path, naming it the Berwick Turnpike.

Logging remained the primary industry until the 1830s, when coal was discovered under the land that had been cleared.

Settlements in Hazle Township began in 1836, when the first coal mines opened in the township.

By 1840, the area had changed dramatically from its days as a Native American route. Thanks to the coal industry, the Hazleton area was now equipped with larger roads and railroads and many housing settlements had been built as well.

Immigrants willing to toil long hours in the dangerous mines to support their families came to Greater Hazleton by the thousands.

For the next 100 years, large amounts of coal were mined here and shipped by train to the lucrative Philadelphia market.

Nearly 15,000 residents made Hazle Township their home at one time. Population peaked in the 1940s then began to decline. With the decline of the coal industry, the mines began to close in the 1940s and 1950s. Many residents sought jobs elsewhere.

Although the area was headed into a depression, the quick, thoughtful actions of community leaders put the Hazleton area onto a new track for success. In the 1950s, the economic development organization CAN DO, Inc. was founded to help bring new industry to the area. CAN DO created the Valmont, Humboldt and McAdoo industrial parks, which brought a variety of new industry and employment to the area.

In response to the growing, changing area, CAN DO founded a white-collar business park, the CAN DO Corporate Center, in nearby Drums in the late 1990s.

Currently, Hazle Township is working on updating its sewage system. Several sections of the project are done and others are near completion.

New housing construction and retail development continue to increase in Hazle Township, making our area an even nicer place to live. Join us in Hazle Township and see why our residents think it's a fantastic place to call home.